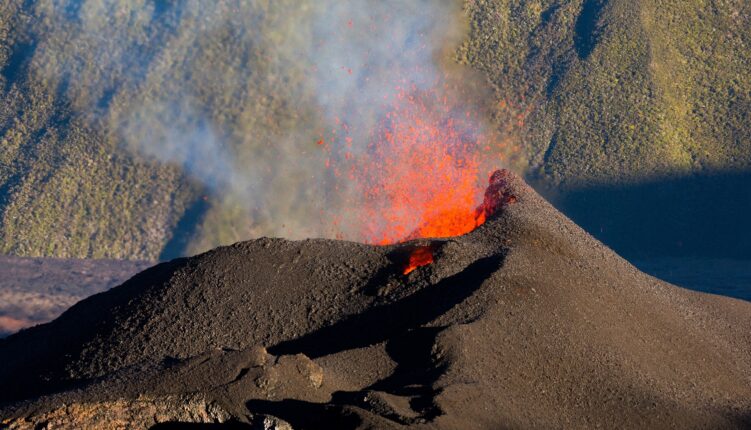 One of the most active volcanoes on the planet, Piton de la Fournaise is located in the south-east of the island. It reaches an altitude of 2630 metres.

History: Reunion Island was born probably 3 million years ago thanks to the activity of the Piton des Neiges which emerges from the Indian Ocean. The only active volcano during this period, it has not been active for over 12,000 years.

What to see and do at Piton de la Fournaise?

The must-do is to go to the Pas de Bellecombe along the Volcano route. On the programme, wonderful landscapes and a magical show!

Following the forest road of the volcano, you will cross beautiful landscapes with changing vegetation.

Once at the Pas de Bellecombe, there is a car park with a magical view of the Fouqué enclosure. You will see in particular the Dolomieu crater and the Formica Léo.

It is also possible to take a helicopter or microlight flight over the volcano and its magnificent landscapes.

Once at the car park, those who wish to do so can take the footpaths. Go down to the Fouqué enclosure by the Rempart path (many steps to go down and then up on the way back). For the walks on the volcano, you can be satisfied with a 2-hour walk. The most courageous will go to the top of the Dolomieu crater (count 5-6 hours of walking to and from).

The Piton de la Fournaise also has many underground surprises. It is indeed possible to explore the famous lava tunnels with a guide specialised in this type of speleological excursion.

How to get to the volcano

Take the route des Plaines to Bourg-Murat. Then you will easily find the access to the forest road of the volcano (signs).

It is best to arrive at the volcano very early to avoid clouds on the volcano’s heights and on the Plaine des Sables.

Beware of the sun, there are no shady areas for those who will be hiking on the volcano. Remember to take water and especially warm clothes, you are at an altitude of 2600 meters and the temperature can be 0-10 °C.

Check the weather conditions before setting off and stick to the marked paths.

Tropical Home is a real estate agency that rents high-end villas on the west coast of Reunion Island.

Book your seasonal rental in Reunion Island on www.tropicalhome.fr now!