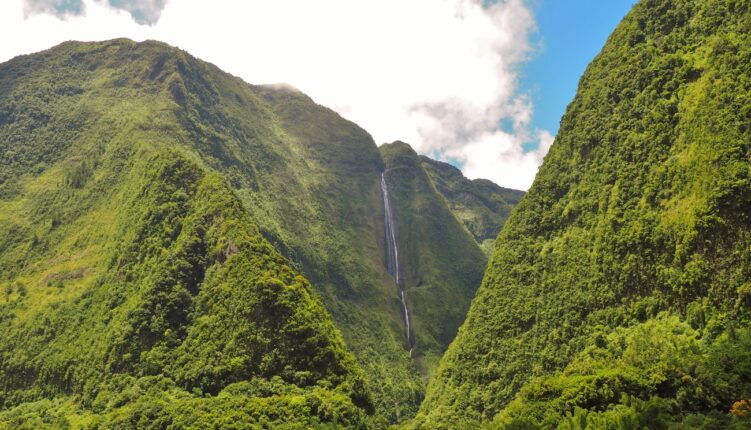 The Cirque of Salazie

The Cirque of Salazie forms an ellipse facing east. A sort of cul-de-sac where the clouds pushed by the trade winds sink. This results in record rainfall, around 7m per year, favouring lush vegetation and numerous waterfalls.

The first village we encounter is Salazie, where we usually just pass through. Salazie comes from the Malagasy word “salaozy” meaning “good camp”. Shortly after the village, a fork leads to Hell-Bourg or Grand-îlet.

Hell-bourg, a charming village labelled as a “Creole village” and classified as one of the most beautiful in France with its charming Creole houses. It is situated at an altitude of 900 m, at the foot of the Bébour-Bélouve plateau, with the Piton des Neiges as its guardian.

The chouchou is the star of the Salazie circus. Everything is eaten in the chouchou and you can taste it in the restaurants of the cirque. You will see many chouchou crops in the Salazie cirque (climbing plant cultivated on trellises).

What to see and do in the Salazie cirque?

On the road to Salazie, along the Rivière du Mât, you will literally pass under a small waterfall called “Pisse-en-l’air”.

Shortly afterwards, and before arriving in Salazie, you will see on your left the spectacular white waterfall with its 600 m waterfall.

Legend has it that a young girl wanted to escape the wrath of her father after he forbade her marriage. She fell from the waterfall. Her white veil hung on the wall, hence the name “bride’s veil”. The poor man cried so much that his tears are still flowing from the waterfall.

The only overseas village to be classified as “the most beautiful village in France”, Hell-Bourg will seduce you with its perfectly restored huts. Stroll along its main street with its shops and its magnificent Creole huts.

This old Creole hut is open to the public and is still inhabited. It offers a glimpse of the village’s heyday.

A tiny village at the end of the world, Grand-îlet is the starting point for many hikers who reach Mafate via the Col des Boeufs. Here, chickens and pigs are raised. The church of Grand-îlet (Saint-martin church) is worth a look.

How to get to the Salazie cirque

From Saint-Gilles-les-Bains, it takes about 1h30 to get to Salazie.

It is not difficult to find the access to the cirque of Salazie. From the RN2 at Saint-André, take the “Salazie” exit. The road leading to the heart of the cirque is well indicated.

The opinion of Tropical Home

Hell-Bourg is definitely worth a look. Located at an altitude of 900 m, it is cooler than on the coast, so bring warm clothes.

If you are not sleeping on site, you should arrive early. This way you can avoid the clouds that arrive from the east, usually in the late morning.

Tropical Home is a seasonal rental agency for top-of-the-range villas in Reunion Island.

Book your holiday home in Reunion Island on www.tropicalhome.fr. And discover the richness and the grandiose landscapes of the intense island!